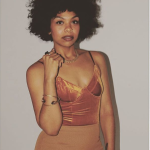 Creative Vessel of Wudjet Re & Co. Bio •TRANSFORMER Deity of The Divine Arts Responsible for Awakenings Dope Music| Sex Alkemi| Visual & Literal Arts Artist Wudjet Re is a woman of many titles. Her most Prominent roles are those of Mother; Goddess, Vocal Recording Artist formerly known as “Anne Literature,” Will Worker & Host. Her music is a Divine Reflection of who she is. This forward-thinking singer, songwriter with a mystical nature and sultry style is bent toward mixing various sounds such as Jazz, Hip-Hop, Soul beats & Natural Resonates to Formulate what She calls “Eclectic Jazz Soul.” Channeling the vibration of Healing through Music when she takes the stage and performs is a Gift! A Marietta, Georgia native, Wudjet grew up listening to a wide variety of musical Genres before focusing on Indie Jazz; The Clark Sisters, Bobby McFerrin, Nneena Freelon, Take 6, Erykah Badu, OutKast, Jill Scott and Marcus Miller are some of her greatest influences just to name a few. She is now Anticipating the release of her new album titled “Soul’s Brew” Will-Worker/Sex Alchemist, Goddess Wudjet is best known for bringing Light and Solutions to the situations of individuals she encounters. Her Courageous Nature and Desire to face fears makes her an Exceptional Catalyst and Teacher of Spiritual Growth and Evolution techniques. When it comes to the Women & Children she helps and supports, Wudjet says she is best equipped to awaken self-confidence located in the Solar Plexus. Her knack for creating something out of what appears to be nothing is also held in High Regard. As the Owner of Wudjet Re & Co. Wudjet loves to travel and is Passionate about the Subject and Experience of Ascension, which is Creatively exhibited in her Company Brand. When she’s not performing, planning or mentoring clients on the Power of Sexual Creative Energy, one can find Wudjet , Connecting with Nature or being Spontaneous in adventure. Ultimately, Goddess Wudjet says she wants to be remembered for bringing Life, Truth, and Healing to the World while being a Prime example of the Essence Beauty of God. 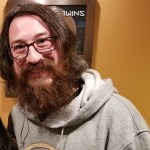 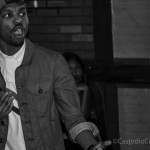 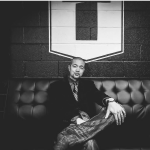 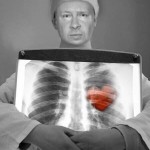 Van Gogh, Inc. is an award-winning video production company serving the greater Atlanta, GA area. Whether it’s for DVD, Broadcast or the Web, we can provide quality production while remaining budget conscious. 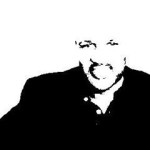 Brian Castle has been in the radio, music and voice over industries for over 20 years. He has worked with many heavyweight artists in the recording business through various radio outlets(Cincinnati, Tampa, Atlanta, Chicago and other markets) and from his long-standing employment with Atlantic Records as a promotions rep in the mid-west and southeast regions of the country. What makes him such an asset to the Official Music Bible? As a former radio host and program director, he has conducted as well as critiqued many interviews. Castle still has a recognizable name among program directors at radio. He has garnered an abundance of airplay and has tracked many sales of artists not to mention boost their sales through promotions and marketing. Brian brings a tremendous amount of experience and knowledge of both radio and record industries... 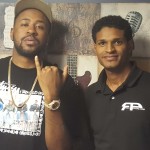 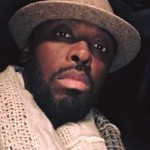 In the winter semester of 2001, Jae was put to the test after being accused of being nothing more than an unknown student in practice, by a loud-mouth, know-it-all peer. Two months later, Calloway would go on to write, cast, shoot and direct his first ever music video entitled “I Don’t Love You” by Snake Eyes, featuring Chino. The video was quickly a hit and saw over 3.5 million viewers starting not only a frenzy, but also a domino effect. This drove young Calloway past the point of passion, introducing him as a major player amongst the film/video professionals in Atlanta. Calloway went on to produce and direct more than seven more music videos, a handful of documentaries and television commercials before working with Atlanta’s own WHTV (What’s Happening TV). The television station (WHTV) was broadcast widely over most of the southeastern states, giving him even more of an opportunity for him to showcase his work. Jae Calloway gained the trust of the station owner and almost instantly was adopted as family, granting him the ability to edit and show off his skills as an camera operator and direct field segments that contained some of the most prominent names in show business. Hosting was soon added to his resume as a result of working with the station as well, due to his charismatic personality. Even though a vast majority of his work hit the airways, he was still considered 'local' talent. 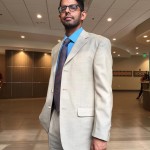 "Asif graduated from the University of Missouri School of Journalism in 2012. He has a degree in magazine writing and professional experience with websites and digital media. He contributes to Official Music Bible's web and social presence while also serving as a creative, strategic, and brand consultant." 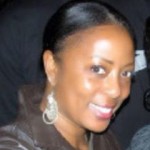 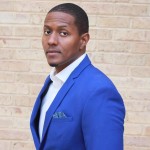 A serial entrepreneur who was featured on 60 minutes for his 1st business while still in junior high school, Haziq Ali has virtually never had a job. After some huge learning experiences that left him bankrupt, foreclosed and homeless; he applied the life-changing lessons he teaches to his own world & in the next 18months fought his way to opening 5 businesses, generating over a half-million dollars in revenue and most importantly- falling deeply in love with his life. Now in extremely high-demand as a speaker, trainer & TV/radio show guest, this author and self-esteem development expert has been trained by the best. Using the same Nobel-Peace prize nominated "accelerated-learning techniques" revered by Tony Robbins, T. Harv Ecker & many more- this high-impact servant has dedicated his life to transforming lives. 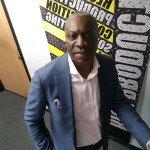 Rodney D Lundy Born: 27 February 1967 Birthplace: Rochester New York Born February 27, 1967, in Rochester, New York, Rodney Demetrius Lundy was the eldest child of McKinley and Annie Lundy. Sisters Mistey and Yaknite Lundy later joined Rodney respectfully. When Rodney was nine years old, his mother, a native Southerner, moved the family to Albany, Georgia. He attended the neighborhood elementary school and graduated from Louisville High School. Rodney went to college at the University of Albany State where he studied Business Administration for two years. In addition, he obtained certification for electrical engineering and construction. He relocated to Atlanta Georgia in 1987 and was employed at Lockheed Martin Aeronautics. This was one of the United States Largest Military Contractors and Rodney got his first taste of major responsibility, which soon carried over to his own future business endeavors. Rodney D. Lundy started up his first business endeavor with his hard-earned savings of $40.000 in the hair industry opening a Unisex Barber and Beauty Salon. He maintained 15 employees (and numerous Cosmetology interns) over the next few years and Rodney soon, opened what was his second location in the hair capitol of the world Atlanta Georgia In 2001, with a driving entrepreneurial spirit Rodney D. Lundy would turn his sights next In the world of Media thorough Music, Television, Internet and Advertisement. He Created the Television platform (WHTV1); then airing on the UPN/ affiliate, currently known as the CW Broadcast Network. With perseverance, commitment and a vision in this new arena; WHTV1 became, the largest entertainment show of its kind in the southeast region airing in Georgia, Florida and parts of Alabama. WHTV1 reached over 6 million Television households weekly with some of the biggest names in the world of music, sports, and entertainment. The WHTV1 Television website newsletter would reach another 100,000 subscribers weekly creating a advertisement format for upcoming acts needing to have a platform prior to the advent of My Space and Face Book. Atlanta Georgia became the new Music Mecca of the entertainment industry and Rodney D. Lundy was intuitive and incorporated Blu Funk Recording Studio and WHTV1 together. He provided services to clients like IBM, Comcast, Popeye’s Franchise along with countless other business entities. Rodney’s business savvy and mastery of the world of advertisement, entertainment and Internet is consummate with on the job training. Rodney often described as focused, humble, sincere and hardworking focused with years and countless hours of knowledge from the combine platforms making Rodney Lundy a multiple threat in the world of business and a sure bet on his next venture.